Anthracnose of corn is caused by the fungus, Colletotrichum graminicola it tends to be high in continuous cornfields and plants that are potassium deficient.

It overwinters in corn debris and is spread by wind and splashing rain. Yield reductions can be expected when significant leaf death occurs within the first six weeks after tasselling. Anthracnose is most common in corn-after-corn rotations due to increased levels of inoculum. leaf-spotting phase- the disease usually appears early in the growing season affecting lower leaves first. Later in the season, the disease may affect the upper leaves as well. Since the fungus overwinters in crop residue, no-till or reduced-till practices can lead to an increase in disease when corn follows corn. If weather conditions are favourable for continued development of the disease (high moisture and moderate temperatures), plants become susceptible to the "top-dieback" and stalk rot disease phases of this disease later in the season.

Leaf lesions are oval to spindle-shaped, brown in color, and surrounded by a yellow or orange area. Multiple lesions can merge, resulting in larger areas of tissue death and eventually, dark fungal fruiting bodies will develop in the dead leaf tissue. Immature lesions are very hard to diagnose and can easily be confused with Gray Leaf Spot or Eye spot. 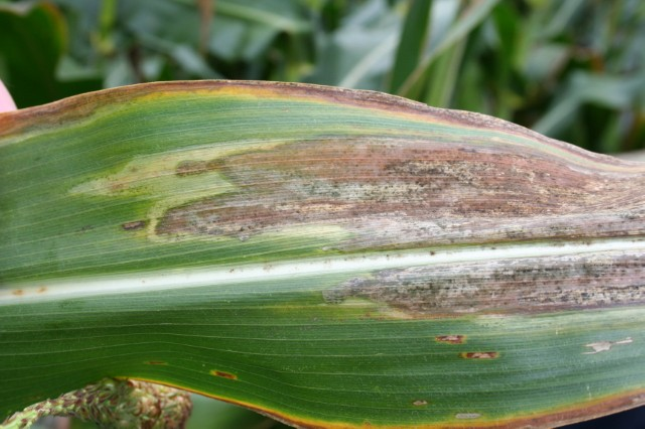 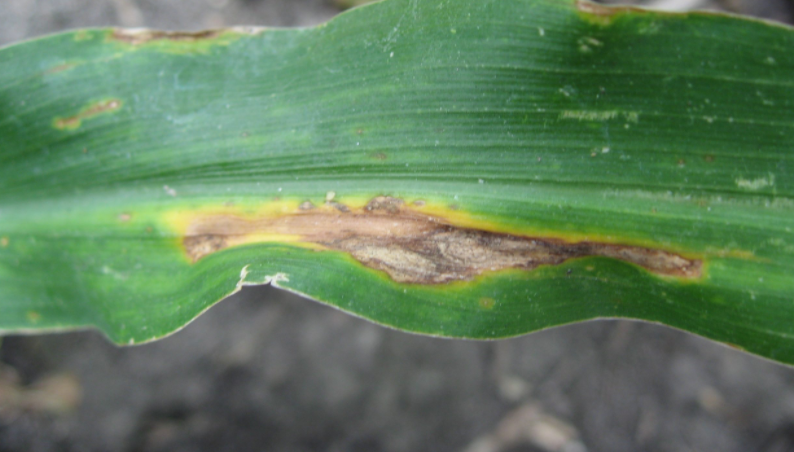