Potato late blight, caused by the oomycete Phytophthora infestans, is a very important disease on potato, and one of the most devastating plant diseases in agriculture worldwide (Agrios, 2005). Phytophthora infestans is famous for causing the great famine in the 19th century in Europe, especially in Ireland, where hundreds of thousands of people starved, leading to an immigration wave mainly to America (Fry, 2008). Phytophthora in Greek means ‘plant destroyer’ which is an apt name for this aggressive pathogen.

worldwide and the global costs (related to control and losses) have been estimated at €9 billion per year (Haverkort et al., 2016).

Potatoes may be exposed to late blight during the growing season from inoculum produced on infected cull piles, volunteer potato plants, or plants developing from infected seed. Under the right conditions, spores from infected plants can be carried for miles in moist air, such as in thunderstorms, and infect healthy plants, thus spreading the disease (Miller 2006)

Late blight will first appear as water-soaked spots, usually at the tips or edges of lower leaves where water or dew tends to collect. Under moist, cool conditions, water-soaked spots rapidly enlarge and a broad yellow halo may be seen surrounding the lesion (Mohan et al., 1996). On the leaf underside, a spore-producing zone of white mouldy growth may appear at the border of the lesion.

Here are a few examples: 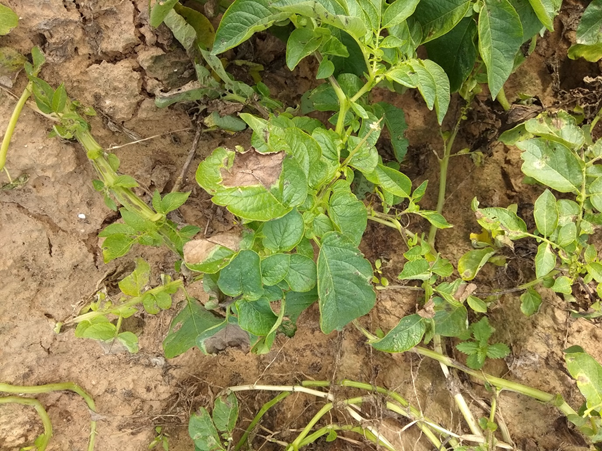 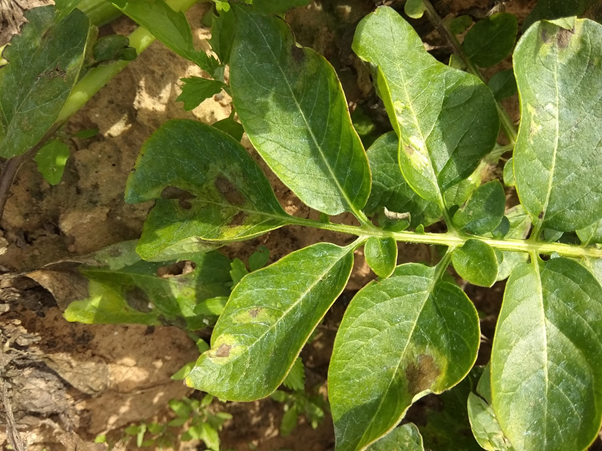 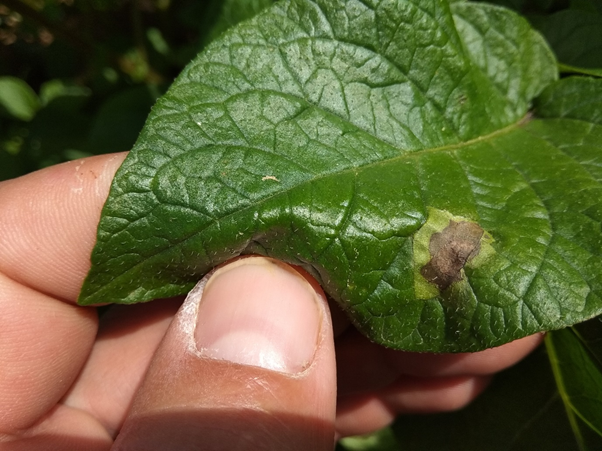